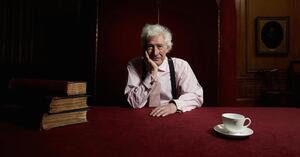 The central Shakespeare play on law and legalism is ‘Measure for Measure’. The Duke of Vienna has unwisely left, as custodian of the state, Angelo, a religious maniac. The engine of the play is that the Duke does not leave Vienna but disguises himself as a monk in order to ascertain what is happening in his Kingdom.

From a Renaissance thought perspective, the true ruler or judge was not the most holy or zealous of men, but one in whom reason and moderation existed. The law, the play implicitly argues, must not be a terror or enforce a terror.

Former UK Supreme Court justice and vocal lockdown critic Lord Jonathan Sumption, in his Trials Of the State (2019),  advised well that, above all, a judge should be moderate. Legal training, he argues, conditions moderation.

I agree with Sumption that legislation is being introduced which is terrifying people and conditioning compliance, but has he the historical self-reflexiveness of understanding his own culpability? Perhaps this former adviser to the Conservative MP and Cabinet Minister Sir Keith Joseph – a formative influence on Thatcherism – is on the road to Damascus. Or at least the garden of Gethsemane?

In the light of the Coronavirus epidemic, though, for the good, he has sagely warned about the long-term restriction on liberty in The Times initially and then other outlets.

Of course there is a liberal consistency or, at least, a neo-liberal consistency to his approach, in that he complains, even in his pre-virus book, about the disproportionate interference by the state into the private lives of others.

With police officers restricting movement and enforcing self-isolation, or potentially intruding on privacy and, for that matter, restricting and fining travel and enforcing quarantines and measures being increased in a draconian fashion to deal with migrants and indeed returning nationals. we have all the indicia of a slippery slope to the creation of a police state if that is not where we are now. Certainly in Ireland.

Even in the UK, the ostensible land of liberty and the faerie queene, which Sumption, the great wizard of humanism, a kind of white haired legal Willie Wonka represents, where liberties were historically taken seriously, we find the emergence of transhumanism alongside unchecked executive authority.

If you mosaic all of Sumption’s writings recently together we see a sense of apprehension and dread foreboding of entrenched and embedded extremism with pandemics and variants of the same to come. In a sense the state of exceptionalism or perpetual emergency which the German jurist Carl Schmitt warned against continuing indefinitely. A state of siege.

Lord Sumption, in effect, sees a return to serfdom and the imposition of mechanisms of compliance and control which are in increments creating a form of Chinese capitalism, or I would argue, corporate totalitarianism. The negation and destruction of freedom. The return to serfdom, as his mentor Hayek pointed out, was not socialist serfdom but corporate compliant serfdom.

All of this is the context of The Plague which has been vastly overstated and bears at best a distant resemblance to the catastrophe of previous plagues he and I argue.

There is a famous book by The Portuguese novelist Saramago called Blindness (1989), where a blindness epidemic takes sway and blindness becomes a communicable disease. The effect is an escalated sense of panic as individuals are quarantined and dehumanised.

Human nature descends to Hobbesian force and brutality. The concept of due process or fairness of legality or the rule of law or human rights goes out the window. Inept authorities make mistakes. Asylums are created for those quarantined and descend into murder and chaos. An armed clique gains control.

Albert Camus in his seminal The Plague (1947) uses the historic plague affecting Oran to emphasise the need for humanism, engagement, heroism and community in difficult times and, above all, the rule of law, as Sumption is to some extent doing.

History is, in fact, littered with far more destructive plagues. The most famous exported by the Mongol warriors was the Black Death which devastated Europe in 1347 or more recently, its nearest comparator, the 1918 Flu.  It is a noticeable matter that more people died in that epidemic in the immediate aftermath of the First World War then the entire war itself, some 50 million.

Of course the reason for such mass deaths then was a lack of vaccination and the overall ratio of death and infection was considerably higher than in the Coronavirus. So why the massive overreaction and the imposition of control and compliance creating dehumanisation?

There is no question but that the rate of death to infection is nowhere near as high as those pandemics and there is no sense in arguing it presents an existentialist threat. Survivability is probable, absent an underlying health condition, and age or the luck of the draw, the bend of the river and the twist of faith, if you believe in that sort of thing.

Sumption, as an ostensible Thatcherite, also should notice the Inequality as small businesses are being destroyed with wealth channeled to transnational corporations and vulture funds.

Human dignity is also, he should empathise, difficult to maintain when you wait on a trolley in a hospital corridor with an undignified death on the horizon and suggesting, as Sumption has, that a Stage 4 cancer patient’s life is worth less than a healthy person is really outrageous, and a sentiment he did not endorse when a judge.

One senses the beginning of a reversion to a medieval standard of justice. One also senses that deep down the noble King Lear-Lord Sumption is revealing less than he has demonstrated and that he is speaking and writing, if not in forked tongue, at least in code.

Maybe representing the Russian billionaire Roman Abramovich woke him up, a giant from his slumber, and gave him – shall we say –  a certain knowledge base. Who knows? Not me? One can attempt to decode the code but much of it is guesswork, cryptography and surmise though I have a fair idea of what he is really saying.