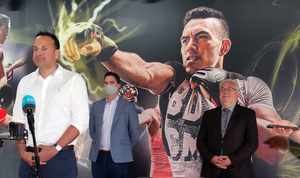 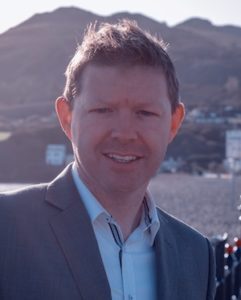 While many are worried about the far right during the pandemic another force is having a far bigger influence on public policy that may be just as dangerous.

Since 1958 when TK Whitaker wrote “The first Programme for Economic Expansion” Ireland made a critical decision to end the protectionist policies of Eamonn de Valera and at least attempt to look out into the world.

It was a hugely important decision for our country and using the vehicle of the Industrial Development Authority (IDA), Ireland has turned from being an agrarian poor man of Europe to being moderately well-off country.

Powerful opinion leaders like economists, business owners, centre right politicians, business journalists and high ranking civil servants and others, largely known as the ‘Pro business community’ who believe in in the power of free markets, and globalism can always point back to this and the strides that have been made as a stark reminder of our relatively recent poverty.

It gives many of them an almost religious adherence to the policies that have in a very general sense made Ireland more prosperous. They are a small (probably about 2-3% of the population) but extremely powerful group and they are used to getting their way regardless of actual public opinion.

For many of them adherence to those policies has become a reflex action. They are dogmatic about the benefits of free trade. They are dogmatic about the benefits of the free movement of people. They stand up for the economic rights of individuals to make money and accumulate capital over collective concerns about the environment and inequality. It’s a dogma that is hard to assuage, even in a pandemic.

Our Tánaiste Leo Varadkar has openly admitted how hard it has been for him to enact laws curbing Freedom of movement he wouldn’t dream of doing in normal circumstances. It seems there are some policies that he is still wrestling with.

Most of us are less dogmatic. We understand we are in a pandemic and so any rules and practices that were considered acceptable, to some, in normal times may have to be put on hiatus.

Since the start of the pandemic there has been massive media coverage around the dangers of the far right using anger and hopelessness to flourish in these awful pandemic lockdown conditions. These are very real and growing concerns.

What I have not seen very much of is a willingness to question the dogma of the centre right pro-business community and to call them out for their adherence to certain policies that they cannot seem let go of, even in pandemic lockdown conditions. Even when they do relent it seems like it is only through gnashing gritted teeth.

Some people have been calling for a stop to flights or Mandatory Hotel Quarantining (MHQ) since we knew that there was a virus in Italy and that travel from there to Ireland could lead to a spread.

Yet the Italian rugby fans were not just permitted but welcomed by the business community to Ireland in early March 2020 despite the match with Ireland not even being played. The government were happy to allow all flights to continue. In summer we had reduced the virus to tiny numbers, but we then imported the Spanish strain by letting holiday makes travel unhindered.

Over 100,000 arrivals a month were coming into Dublin airport during last Summer. In July Roisin Shortall, of the Social Democrats had seen enough and was highly critical of the Department of Justice for failing to do even simple travel checks demanding stricter enforcement and supervised quarantine.

Economist Colm McCarthy, who is less dogmatic than some of his contemporaries agreed that it was obviously sensible to attempt to curtail the importation of the virus. There was virtually no movement on policy from government.

Again, before Christmas we knew that there was a dangerous strain in the UK, B.1.1.7. that was much more transmissible than previous variants, 50% more. However, no serious efforts were made to stop that variant getting into the country.

Thousands of people returned home from the UK for Christmas. What then ensued was the most concentrated Covid 19 outbreak seen anywhere in Europe in which there were over 1000 Covid deaths in January and again in February.

The vast majority of the public had made their minds up months before those December flights but a Red C poll and an Ireland Thinks Poll in January showed 86% and 90% of people said that we needed to implement MHQ immediately.

At last this made the government promise to do something. They had been dragged kicking and screaming but, they had promised to introduce MHQ. The way they have flustered and prevaricated on the issue tells you everything you need to know. Despite 86-90% of the public demanding MHQ they really, really do not want to do it.

I tried to make the point to some centre right people I follow on twitter. I said to them that I knew that under normal circumstances that you would fear the idea of freedom of movement being curtailed but could they not see that this time the call is not being made by the far left who want to take away their freedom permanently in favour of protectionist policies. It’s a call being made by the public under extraordinary conditions to prevent the spread of a virus during a pandemic.

I thought the reply I received was very enlightening.

It was a Milton Friedman quote:

“Nothing is as permanent as a temporary government program”

The Far right aren’t the only group that are prepared to sacrifice all our safety to uphold inflexible dogma.

It was reported just last week that 7 P.1. cases were now in Ireland.

Eamonn Moran stood for the Social Democrats in the 2020 local elections in Bray East. He writes here in a personal capacity. Follow him on twitter: @eamonnmoran

15 thoughts on “The Centre Right And The Pandemic”