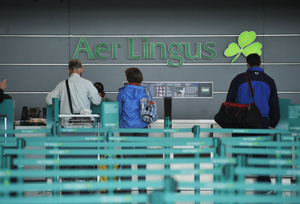 The end of last night’s episode of RTÉ One’s Reeling in the Years focused on the resumption of emigration, particularly of young people, from Ireland as the great recession continued in 2011. I wrote this poem back then when I overheard someone bemoan the fact that their hairdresser had moved to Canada…

When the housing market went further south
than the East Antarctic Ice Sheet,
my chiropodist climbed Croagh Patrick
to consider his property portfolio
and never came back down.
The toe nails on my left foot
are not expected to recover.

My hairdresser abandoned
me for the scalps of Alberta, Canada.
It’s been one bad hair month
after another four successive quarters,
which reminds me of the time
our landscaper, Seamus, got skinned
alive and driven around
in the passenger seat of a taxi
by a breakaway UVF faction.
The Rhododendrons were not
themselves after that.

Tragic, almost, as the night
the truck pulled up to take
our family tailor, Shmuel,
to the train and
Birkenau. Trapped in the nightmare
from which we’re all
trying to wriggle free, I went about my
business as usual
in desperate need of a decent suit.

3 thoughts on “Kevin Higgins: Reeling Them Out”