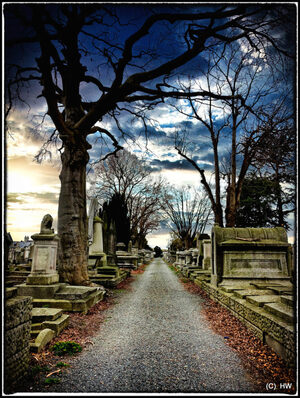 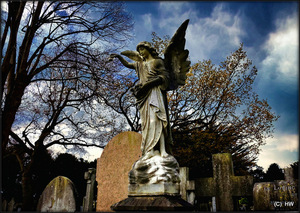 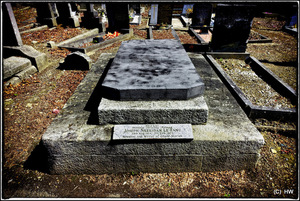 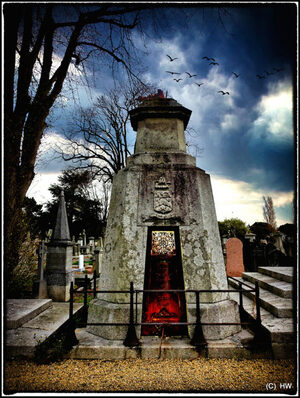 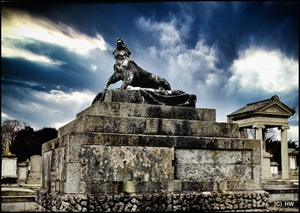 Mount Jerome cemetery opened in 1836 with the sad burial of the infant twins of Matthew Pollock. The Victorian 50-acre cemetery in Harold’s Cross on the south side of Dublin is a peaceful place. Inside the gates and walking up the avenue towards the Victorian Chapel the most you will hear is bird song and perhaps the gentle sound of leaves rustling in the breeze. It is a good place for a stroll and to collect your thoughts.

In 1836 Mount Jerome was the first privately owned cemetery in Ireland, today over 300,000 rest there.

Originally Mount Jerome was opened as a non-denominational cemetery.Glasnevin on the North side of Dublin was an established Catholic cemetery but mostly Protestants lived around the Harold’s Cross area and with them favouring Mt Jerome, it consequently became a Protestant cemetery for most of the 19th and early 20th centuries. It wasn’t until the 1920’s and the formation of the Irish Free State that the first Catholic burials became more common.

Walking along its avenues you will see some wonderful echoes of Victorian Dublin and its wealthy and notable citizens. Understandably, with its Victorian monuments and layout it has often been compared to Highgate Cemetery in London and Père Lachaise in Paris and like them it has a very similar atmosphere with exquisite Victorian funerary art including ornate memorials, shrouded urns, tombs, angels, vaults and crypts.

Many notaries rest in Mount Jerome, the artists Jack Butler Yeats and AE Russell, William Wilde the father of Oscar Wilde and “Oculist to Her Majesty, Queen Victoria”, the authors Sheridan Le Fanu ‘the Father of the English Ghost Story’ and one of the “best loved writers of her generation” Maeve Binchy, the broadcaster Derek Davis, playwright John Millington Synge, the patriot Thomas Davis and brewer Arthur Guinness the Second along with many members of the Guinness family to name but a few.

What I personally find most interesting are the Victorian graves and monuments. If you are contemplating visiting, here is a little information to hopefully whet your appetite.

Entering the cemetery head towards the Victorian Chapel then take a right along the Hawthorn Walk. Along here there is a fine monument depicting a very sad dog, howling to the heavens whilst standing on his master’s cloak atop a large tomb. The pathways of Mount Jerome are reputed to be haunted by this faithful dog, Caesar.

The legend goes that his master was William Weir, who drowned swimming off the coast of Wicklow. Caesar, refused to leave the area where Weir had left his clothes on the beach and soon died of a broken-heart. After Weir’s body was recovered from the sea and his tomb eventually erected in Mount Jerome, the sculpture of his ever-faithful companion was placed on top of the tomb and ever since then, the phantom dog of Caesar is reputed to be seen wandering along the avenues in the cemetery.

Le Fanu, the Victorian writer of superb Gothic ghost stories rests nearby along the Nun’s Walk. His grave has a notable plaque” Here Lies Dublin’s Invisible Prince, Novelist and Writer of Ghost Stories”.

And somewhat unusually but perhaps not unsurprisingly we find a curious shaped tomb, the “Gresham Vault”. Due to its owner suffering from a severe case of taphophobia they had a very elaborate upright tomb constructed. The lady interred here was so terrified of being buried alive that she was laid in a coffin with a spring-loaded lid. A bell was installed on top of the tomb linked to an interior cable back to her coffin so that she could stand upright and ring for help if she awoke from her eternal or not so eternal slumber.

During Famine times there were mass burials with bodies being dumped into mass grave pits. One of the most famous instances involved a boy called Tom Guerin. He was only three years old when he was buried alive in a mass grave in Abbeystrewry near Skibbereen.

The details of exactly what happened are somewhat limited. Some reports say he was buried for two days before the mistake was discovered, possibly when more bodies were being placed into the same pit. Others say the mistake was discovered during his burial. The gravedigger accidentally struck his legs with a spade, causing Guerin to moan in pain. Disabled by the spade he later wrote of his premature burial in a poem and made a pittance by recounting his story of being buried alive and rescued to passers-by.

The English reformer William Tebb in 1905 collected accounts of premature burials. He found 219 cases of near live burial, 149 actual live burials, 10 cases of live dissections and 2 cases of the “corpse” waking while being embalmed. Of course, there have been many novels and movies depicting someone being buried alive like Edgar Allan Poe’s, “The Premature Burial” and the 2012 movie, the very unnerving “Buried”. Despite all of today’s medical advances the fear of being buried alive continues. When the time comes, I think I may be wise to have myself cremated.

So, today Mount Jerome is a place well worth a visit where you can explore its historic past, view its fine funerary art and idle away a few hours in quiet contemplative solitude.