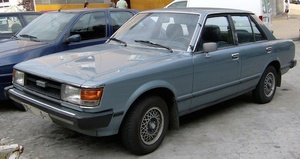 “Just where do you think you are going?”

These are words that in some form or another parents around the globe have asked their children, usually of a weekend night as young adults hope to head off and meet up with similarly questioned friends for a night of teen or college aged fun.

My parents were no different, but they had a slightly different spin. Particularly once we hit a certain age they deemed us adult enough to decide the appropriateness of where we went for ourselves. What they wanted to know was simpler: where will you be and what time will you be home.

Due to a family accident many years ago, now they were worried in case they heard of something. They would know if they should worry if it was where we said we would be, or not if not. And my Mum’s bedside light did not go out until after the last of us was home and the deadbolt turned in.

There were a lot of us, so a lot of worry. As their queries were not about limiting our freedom and fun, but lessening their very justifiable concerns, any little thing to help alleviate that was worth it. And we all learned that the loudest way to come in was to try and be quiet. Ears that were alert for your safe arrival would cause my Dad to rouse if he thought it was untoward. He had an old spade handle turned to a billy by the bed, just in case. No, walk in normally if gently was best. From my own experience, I think it is that once a noise is identified even by a sleeping brain as safe, sleep can continue.

If for whatever reason we came in later than expected, we had a system that was foolproof: a note on the kitchen table. Usually something simple, it would give the bare details that let worried parents know that their darling son or daughter was back home safe, or left early, but basically all is well with them. These became missives to the whole family as they were always read by everyone, if possible before Mum and Dad could get to them, in case there was something juicy that we could tease each other with.

As younger teens, this often meant poking fun at the older ones who may have had a bit too much to drink. The words “You need more Solpadeines” told tales that it would take a few more years to understand. At times like that for the writer brevity was your only man.

So here I am, cleaning out the room that Little Slightly will stay in while she is here, and I came across a note I had left for my parents many years ago. When I read it, I realised that I had to share. In many ways, this was a prelude to my Wednesday column, but I had to chuckle at the memory of when I met my parents after I awoke around lunchtime. The note was still on the table, having been read by all still living in the house, my brother who had by now gotten married and lived up the road and had popped in, and apparently a couple of neighbours who were wont to call in of a morning for a cuppa and a chat with my Mum.

As an aside, in a small town, never try to sneak around. The Union of Mammies will have you tracked before you have even made up your own mind.

As I inhaled my first cup of tea of the day I had to endure my Dad’s teasing as he came in from the garden. He grew potatoes and peas and tomatoes which, over the years, had supplemented our diet and eased the cost burden on him, and which he found therapeutic in his retirement. As he washed his hands at the sink he chuckled that of all our family I was probably the only one who could use so many words for such a simple message. It needed, he reckoned, not more than seven words. Throughout what was my breakfast, I endured a small competition across my family as they came up with different variations that would have sufficed and had me abed quicker. I leave it to all your imaginations what those could have been.

I lost track of this note as my Mum kept it among her private stuff, and it was returned to me with other things years later after she passed. Placed somewhere in a pile of things from her that I hoped to share with Little Slightly about her Grandma, it came to light again over the weekend. Please forgive the hubris, but allow me to share my ‘I am safe’ note, written to alleviate the concern of a pair of loving parents, in as few words as I could manage at the time. Minor edits to names to protect the innocent. My car was a Toyota Carina Second Generation (as above) and Conor’s was a blue Datsun 120V 4 door saloon.

Should they arise, I am happy to answer questions, but not before about 4pm as I will be out and about.

Hi Mum and Dad (and anyone else listening in)

I am just writing this note to let you know that I am alright. I was thinking you might get worried when you did not see the car outside. It’s ok, I ‘m up in bed, asleep (I hope). Please call me about 9:00. I am not going in to work. Let me start at the beginning.

I got out to Brownstown (Newbridge) at about 8:30 for the meeting Conor rang me about. The meeting ended about midnight and we headed home, Conor following me out the road to Caragh. About two miles outside Newbridge there was a tree down, blocking the road. So we both turned back, and reported this to the Gardai in Newbridge. We then headed home.

We took the motorway and the Monread road, as it was more direct and main road, as a fog was setting in. However, on the way off the motorway Conor’s car cut out. He got it going almost immediately and we headed home again. Just at the turn-off to the Naas road, his car died. DEAD. It would not go, give lights, anything. With that, a squad car arrived and helped us push the car out of the way into the little turn off there. We headed on in my car, maybe to get a tow-rope and pull it out of there or whatever.

Then, just as I passed where Brother Slightly had his accident I got a double blowout – both nearside wheels. As a result, I went into the verge a bit, but I have to hand it to Toyota, the car handled beautifully. It did not crash, just went onto the edge of the road. I pulled over into the drive of the house there to change what I thought was a front blow-out. Conor showed me the back – I nearly died. So I changed the front and headed slowly back to Sallins, where I stopped outside the meat storage place. I’d say the rim is probably wrecked, but I needed to get the car out of the way.

Anyway, we decided to try Conor’s spare on my car, and maybe get home, but on the off chance we took my battery with us and walked to his car. As we crossed the railway bridge (by the way, a train light in fog is spectacular) something happened to make the night better. It began to rain. In true fashion we continued on and got to Conor’s car. In pitch black I changed the battery. Thank God, but the car worked first time. Delighted, but not too much in case things would go wrong again, we headed for my car. Try Conor’s wheel, tow it home, etc. Guess what? That’s right. Conor’s spare was flat. As a pancake. It should have been ok, but…

So we took my ‘spare’ and cleared my car out, and headed home. Conor has my battery. I am charging his (although I think it is a case of nearest hedge) as he will get my spare fixed in Celbridge tomorrow.

And that, basically, is that.

A Death In The Family

6 thoughts on “Slightly Bemused: A Spin Down Memory Lane”