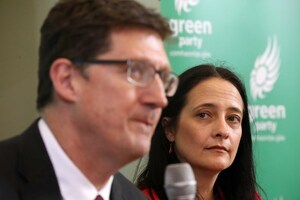 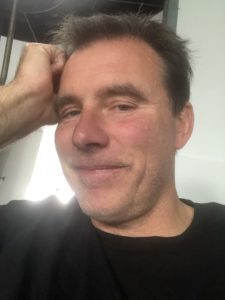 For Greens to vote for the Programme for Government is an ‘act of environmental surrender almost to the point of cynicism’, argues activist and Village magazine editor Michael Smith.

So I fell to thinking about whether I should put my limited weight behind the leadership of the Green Party.

It is currently struggling to obtain a two-thirds majority from its party members to approve the Programme for Government that its Parliamentary Party has ratified with Fianna Fáil and Fine Gael.

What is the Greens’ record in Government?

In the run-up to the 2007 general election I was centrally involved through an organisation we called HEAT with a campaign to lobby for the political parties to treat climate seriously.

We wrote a number of articles saying what would be required and we helped wreck the Ryanair AGM and a Bord Pleanála hearing on the new runway for Dublin Airport, forced pro-climate helium balloons onto the 9 0’Clock news and trailed the renegade Minister for the Environment, Mr Roche around, with a cockroach.

We privately wanted the Greens to get in, so they would implement a climate agenda. The Greens duly justified their decision to go in to government with dodgy Bertie Ahern on the basis of the climate imperative, and their members ratified it by the necessary majority.

At the time, I went to the effort of going in to print to say they were right to make the risky leap I suggested only they focused, in ways, I specified, on implementation.

In fact they were in power for three and a half years, and despite an imploding economy failed to reach their unambitious target of 3% annual emissions reductions.

They failed to get a Climate Act, publishing a largely toothless bill that was never enacted.

They also achieved little for biodiversity which continued its precipitous decline or on planning where development continued largely as one-off housing and sprawl, especially from Dublin into Leinster.

As to what they call ‘Social Justice’ income equality, measured by the Gini Coefficient, decreased and was disimproved further when the Greens pulled out. The FF-Green government was a blip in the progress made on income equality over most of the last 20 years.

The Greens introduced lots of environmental legislation but in my experience legislation is not for the most part what is required; it is implementation.

There is an existing edifice of planning and biodiversity laws for example – but they are not implemented. Introducing new laws largely results in simply more rules that are not enforced. For the Green Party it has to be about results, not rules.

I had tried the optimism thing, I had tried hoping the Greens would be able to outmanoeuvre an inadequately Green Programme for Government. But that was in 2007. And it didn’t work. Once bitten…

I believe any fair commentator would be struck by the fact the Greens have never acknowledged their implementation failures in that government, or – especially – why they arose.

Indeed I have noticed a pattern on social media when attention is drawn  to the sectoral failures of the Party in 2007-2011, and an eminence in the party replies indignantly – but never by a precise outline of the achievements.

Until they acknowledge their tendency to soft-mindedness and acknowledge they need to put in place mechanisms such as the use of indicators and a focus on enforcement, especially through a more intelligent use of the law, I will remain sceptical as to whether Ireland’s Green Party is a force qualified to lead the fight on behalf of its environment.

Optimists and analysts know that the past is not a pointer to the future – unless its lessons remain unlearnt. The Greens seem unreconstructed. At least its leaders and negotiators do.

Once bitten certainly… but more importantly and precisely the dog hasn’t learnt its lesson and we have to decide what we should do about it as it runs around the yard looking for people to pet it.

Is the Programme for Government any good?

There are ways you implement an environmental agenda. You can, for example, establish indicators of policy for everything from income equality to voting rates to water quality and emissions rates to employment and GDP. Those indicators should have targets that can be monitored and assessed so regularly that, if any of what has been agreed is flouted, the Greens should consider pulling the plug on government.

For the Green Party quality of life indicators should have been central. They do make some commitment to them but it is not clear what they intend to do with them. And, extraordinarily, there is no commitment to environmental indicators.

Beyond indicators there must be budgets and timetables for environmental measures.

An Attorney General must be chosen who isn’t obstructive, and civil servants must embrace, however reluctantly, mandated Green Party policies.

I know about the tedious matters of implementation and enforcement of environmental measures because I bagged myself a law degree years ago and because I’ve taken lots of miserable enforcement actions and legal cases.

I’ve signed over a thousand submissions on the fruits of bad environmental policy over the years and wrote a dozen policy documents for An Taisce around the turn of the millennium.

If you’re a Green and you don’t know how implementation works in Ireland, especially if you thought you could negotiate a second Programme for Government for your party without making an acute study of what went wrong with the first one (2007-2011), you might be better going back to environmentalism school before you promote the merits of the environmental sections of the Programme for Government 2020.

As a relatively sober well-disposed Green-watcher I might be expected to give the Party the benefit of the doubt. However, their agenda is a planetary one and I of course don’t want history to repeat itself as farce so I had to hope this Programme for Government would be better than the last one.