We’re gonna let it all hang out.

Today is the first day candidates and political parties are allowed to put up posters for the May 23rd elections, but numerous candidates began postering early yesterday, as well as over the weekend. All four local authorities said there were aware of posters being put up early in their areas, and there is a €150 fine for each individual poster put up illegally. 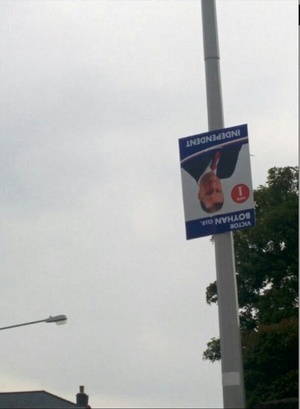