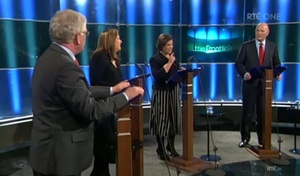 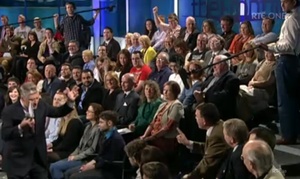 The hour-long debate descended into chaos on several occasions, with the four speakers being interrupted by their rivals and by members of the audience. At one stage, host Pat Kenny was forced to shout down a farmer advocating a No vote, who claimed that passing the fiscal treaty would end the Common Agriculture Policy for Ireland.

And how was it for you?