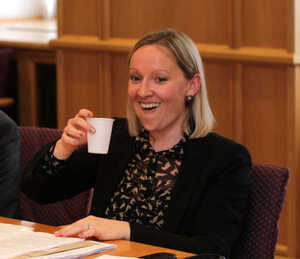 HEALTH CUTS and reduced public sector allowances for new entrants are continuing to provoke tensions in the Coalition ahead of this afternoon’s Cabinet meeting, the first since the summer break.

Minister of State for European Affairs Lucinda Creighton said yesterday it was not credible for Government backbenchers to suggest the recent announcement of a €130 million cost-reduction package by the Health Service Executive was a surprise.

“Whingeing and pretending that you were surprised by budget figures that were agreed last December is not really credible,” she said in an interview with The Irish Times.