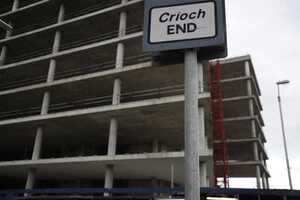 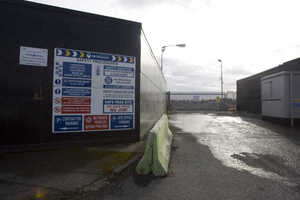 Above: Anglo HQ and the Irish Glass Bottle site.

MINISTER FOR the Environment Phil Hogan is to wind up the Dublin Docklands Development Authority in the wake of a report’s “damning findings” on its activities during the property boom.

The report, by the State’s spending watchdog, the Comptroller and Auditor General, was published last night. It has disclosed serious shortcomings in the authority’s conduct of its planning and development, particularly its involvement in the purchase of the Irish Glass Bottle site in 2007.

The site was bought for €431 million by a consortium that included the authority, but is now valued at a little over one-tenth of that, at €45 million.

Ah here. They developed the Docklands.