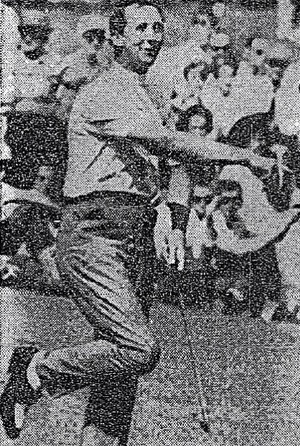 For the  week that’s in it.

He was the Rory of the day.

Joe Carr, Ireland’s first representive at the Masters in Augusta National, U.S.A in 1967.

Philip Read, of the Irish Times, wrote on the passing of Carr in 2004:

As Peter Alliss, the celebrated Ryder Cup golfer and broadcaster, asserted Carr was the finest amateur golfer in these islands over more than 20 years, during which he won 40 championships and was involved with 11 successive Walker Cup teams, 10 of them as a player.