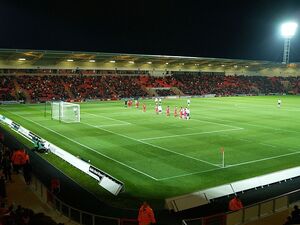 Rovers chairman John Ryan is believed to favour the Sequentia Capital deal, having approached its representative Kevin Phelan – previously involved with Isle of Man registered company and one-time Rovers owners Westferry, who sold the club to Ryan in 1998 – in early June, with the Irish consortium subsequently agreeing to invest in the club and expressing a firm desire to take over.

“There is definite interest (from Sequentia Capital) and apparently there is another party that Terry is dealing with.

“In all fairness, Terry is the prime mover in the second deal. The Sequentia one (deal) has been led by myself.

“Kevin Phelan was someone I bought Doncaster Rovers from 15 years ago and he is strongly associated with Denis O’Brien, a billionaire Irish businessman. The situation is I am always looking for investment in Doncaster Rovers.”