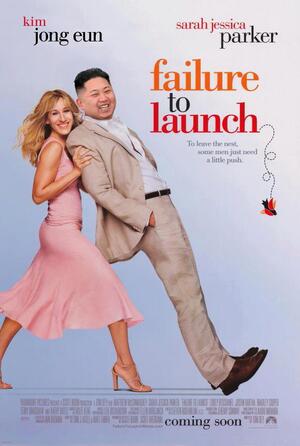 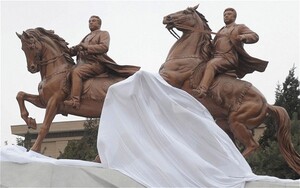 A giant statue of Kim Jong-il has been unveiled ahead of Thursday’s celebrations of the 70th anniversary of his birthday. This is the first bronze sculpture of the late North Korean leader. The 6-metre bronze statue depicts him riding a horse next to his late father, Kim Il-sung, also on horseback.

Look! See how happy the people are: 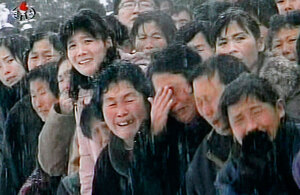 An anonymous source tells the Daily NK, a South Korea-based publication in opposition of the North Korean regime, that “authorities are handing down at least six months in a labor-training camp to anybody who didn’t participate in the organized gatherings” to mourn the death of Supreme Leader Kim Jong Il, and to those “who did participate but didn’t cry and didn’t seem genuine.”

Newser reports that mourners who came off as insincere have already been sent to join the 200,000 other North Koreans already in labor camps. An Amnesty International report published in May 2011 paints a dark picture of what’s in store at those camps — estimates suggest that 40 percent of inmates die of malnutrition.

The exact number of those to be sent to camps is unclear, reports the Daily Mail, but the paper estimates it could be in the thousands.

North Korea To Punish Mourners Who Were Insincere (Huff Post)