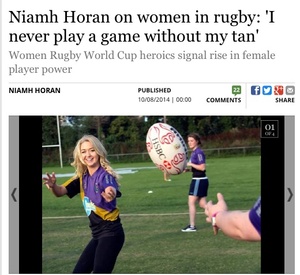 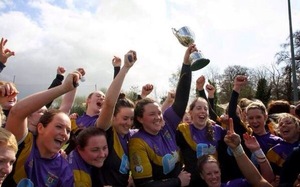 Railway Union RFC  (above) has issued a reply to an article yesterday by Niamh Horan of the Sunday Independent on women’s rugby (top).

“Railway Union RFC were requested by the IRFU to facilitate a journalist from the Sunday Independent who wanted to do a training session and a feature on women’s rugby in light of Ireland’s world cup heroics.
We are disappointed that what could have been a hugely positive article promoting women’s rugby in Ireland at time of such achievement internationally has been reduced to stereotyping. The article in no way reflects our sport, its values and the values of our club and our members. Our club’s primary goal is always the promotion of rugby, regardless of gender, and we support all teams in the club equally. “