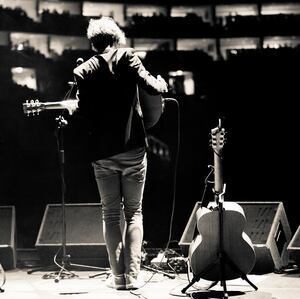 “Three single notes on ‘Teenage Kicks’ wasn’t enough for me. I needed to make a bigger noise.”

The Irish music scene  is in mourning after it was confirmed that Stephen Martin, a.k.a. Rainy Boy Sleep, had been found dead after a search that went on for over three weeks.

Martin’s BreakingTunes profile is humbly-written and enthusiastic, now a tribute to a body of work and live experience that encompassed a pair of extended-plays under his pseudonym, and a star that was on the rise in music, with live supports for the likes of Cyndi Lauper [see below) and James Morrison, and endorsements from Snow Patrol’s Gary Lightbody among others.

The thoughts and sympathies of the Broadsheet team go out to Stephen’s family and friends.