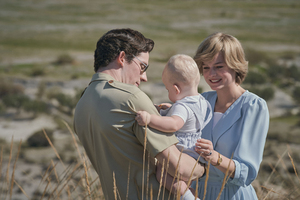 From top: A Scene from Netflix’s The Crown; Heber Rowan

The Netflix series, “The Crown” released its fourth season recently and continued to delight audiences around the world. Aside from the stellar performances, writing, and overall production values; let’s discuss what makes it and monarchy for that matter: attractive.

The attraction of monarchy

The series is an illustrious portrayal of a family. That is: royal, that is beyond normal life and will always be. What is their name? The Windsors. The Royal family of Britain. The series depicts the inner and outer workings of their lives unlike any other can be, albeit with a certain degree of creative license. For them, I’d guess it must be ghastly. Sickening. As at the end of it all, they are real living people with their own feelings just like any of us.

Democracy is no perfect system, but at the same time, ancient traditions continue. Certain families in society all across the world and in history, have or have had a monarchy. Why is that? Why does the pomp and presence of royalty inspire such an emotional reaction and the British one more than most? Why does monarchy inspire thoughts of life beyond, otherness if you will?

This would come, I’d argue from the fundamentals of what we value in society and why we value the things we value leading to us to value certain flesh and blood people, royal people.

Britain, in a manner of speaking, is a theocracy, its head of state is the head of its Church, its ‘defender’. The monarch is the link between God and man, classically speaking. Though in life we value many things, not all are equally valued by all in the same way as others. Things are relative. Value is relative. Beauty is in the eye of the beholder.

Yet, money is our most exchangeable expression of outward value. We like to have things we value, to get those goods and services, we need money for them. Some of us also value those who value money, have it or have a talent for getting it easily. It is what makes us attracted to those who might impart their skills on to us, or so bestow on us what they have. Others aspire to have it. Some even do so with a near-religious fervour.

In the United States, it is often remarked that a homeless person on the street looks at those with affluence as their potential future. Some day, yes one day… they might win big… catch that lucky break of the American dream. Possibilities are there indeed, but only so many in a country with entrenched racial divisions and inequalities of opportunity. To believe they can be jumped easily is erroneous and unfortunate.

While in Europe, particularly in Ireland. We begrudge those with wealth, we look down upon people who have the success that they’ve created from their own efforts. In some ways, we look down upon them and think, how dare they do this! How did they get that…Who did they screw over to get what they have?

It’s a subtle underlying cultural force. What matters, within this discussion on monarchy and wealth, is that money is an otherworldly thing. It is what is most valued beyond all else. While people do love others intrinsically, changing money within different decision-making processes, makes society largely what it is. An economy is defined by the quotidian actions of its constituent people.

“Economics is the ordinary business of life” — Alfred Marshall

It is to paraphrase from the series itself: the oxygen within all our lives. It is a constant. It is something that is in our lives around us whether we want it to be or not, we, unfortunately, need it and sadly want a lot of it. When an athlete chooses to run a race, they need more oxygen to keep going fast and hard.

Wealth is an aspiration for many. It is considered a manifestation of inner and outer tranquillity while it may not always, in actuality be that. Thought that is what it remains as. The public loved Lady Diana marrying her prince, an actual legally recognised prince. A surreal dream alive for society to see as a ‘fairytale’. That a transcendence from the pains of poverty could happen, that there could be more to the world oh so suddenly and for descendants thereafter.

Stories are people.
All stories are defined by their characters within the context of their conflicts. A balance between the three that can make us forget the world around us and become engrossed. The British royal family are the characters in their own story. For all of its faults, it shows us all that amid all of the wealth, there is conflict, that even royals are people. Flesh.

Conflict and dramatic events are triggers for change within everyone. How conflict plays out over the course of decades with people who can be placed within the context of extraordinary shifts in politics and society pulls us in. Why? Arguably because it allows us to distract from our own suffering. That we can make light of things in the reflection of others be they fictional or real.
There is of course the inherent conflict in The Crown with the nature of their birth forcing them into a life hard to escape from. That is their context. The inner wranglings of duty over personal life, it gives life to the plot of the series that jumps years in the space of an episode.

They live within the constant presence of power within the grandiosity of the walls of their homes. The art and beauty on the walls of their homes are more than the bare necessities of functional design. Such beauty serves to demonstrate the architecture of their power, that there is something beyond the day to day needs. It is also why democratically elected leaders have fine art and beauty within the surroundings of their stately homes and offices. A reminder of the otherness of power. That it is something more,

The British royal family are beloved by many not just because of the vestiges of the British empire’s soft-power, but because of their relatability. They speak English and travel widely engaging with the public where they go. Yes, there have been some members who have done despicable things… but they have kept up an appeal where other surviving constitutional or absolute monarchies haven’t. People want to know about them, gossip about the latest news because it is a fun distraction. Their stories, even mythology are a distraction, from not only the power they implicitly have but from the policy failures of successive governments.

This essay has been a look at a philosophical take on the value ascribed to one particular monarchy. It can be fairly pointed out that the British monarchy is popular due to its ability to adapt to changing circumstances in society, their wish to have increased pomp ascribed to the institution, their personalities and so on.

Monarchies that survive are the ones which are, like a business, able to adapt to the circumstances in which they operate. Stories of monarchy like this television series, are attractive because of rare opportunity to witness decades-long character development and a draw to the opulence of wealth.