Can The GOP Save Itself? (The New Yorker) 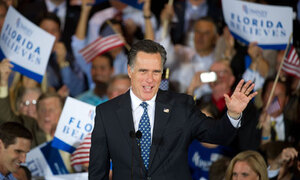 Whether what happens between April and June will improve Romney’s chances of beating Obama, or worsen them, depends on which Romney shows up on the campaign trail. The one that walked away with Florida was not the carefully groomed rationalist, given to describing Obama as a “nice guy” who is “in over his head”. He was a vicious and, at times, sarcastic campaigner who told sneaky lies (or maybe, he approved that anti-Gingrich Spanish-language ad in his sleep) and seemed to relish poking at Newt’s doughy rhetoric.

Voters, already lukewarm about Romney, are not fond of the new version. Up until last week, he had been skating by on a favorability rating of about 40%, with 30% unfavorable. The latest polling flips that ratio, and hitting a new low with independent voters: just 23% have a favorable view.

Republican presidential candidate Mitt Romney trounced rival Newt Gingrich in Thursday night’s televised debate, revealing a pugnacious side to his character rarely seen in the campaign so far and giving him an edge going into Florida’s primary on Tuesday. 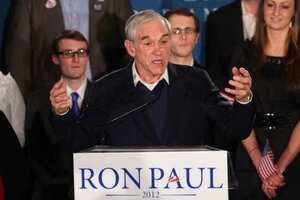