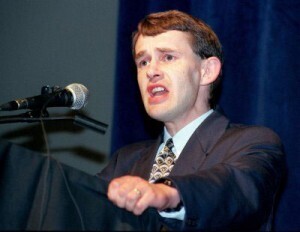 Dublin agitprop specialists Rabble discussed today’s announcement (and subsequent cancellation on foot of a massive public outcry this morning) of tomorrow’s launch of the National Party at the Merrion Hotel in Dublin. Rabble sez:

Supposed to be speaking at the launch were Justin Barrett (ex Youth Defence, Mother and Child Campaign, and No to Nice) and James Reynolds, the party’s deputy president.

Their message is of a similar rhetoric to that of Trump: anti-elitist, anti-immigration, anti multiculturalism, and of course speaking on behalf of the “silent majority”. 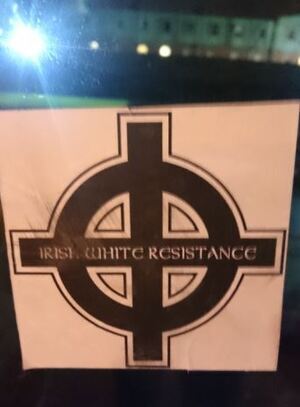 One of several ‘white power’ stickers at the Garden of Remembrance – staging area of last weekend’s Direct Provision protest.