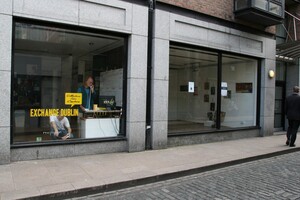 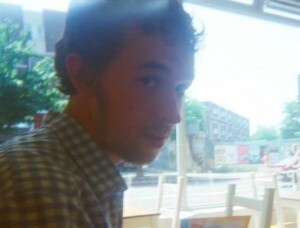 You may know Exchange Dublin, a booze free, arts and community co-op space in Temple Bar, Dublin, is being forced to vacate its premises {by landlords The Temple Bar Cultural Trust] for three months following incidents of ‘anti-social’ behavior outside the space.

The volunteer-run space housed all manner of classes and events and was an offbeat sanctuary offering every visitor a free cup of tay.

The decision to serve [notice on Exchange Dublin] and the thinking behind that is surely behind it, can hardly surprise a younger Irish person. Ireland the gerontocracy, Ireland the conservative plutocracy asserts itself again.

Space and freedom are given, but only for a time, and on shifting preconditions. Diversity of attitude in the city is grudgingly permitted, but only within boundaries set by a paternalistic set of bureaucrats, a mixture of elected and non-elected officials that are scarcely answerable even to the electorate that they care about, which obviously excludes the mostly young and engaged citizens behind this endeavour in a corner of Temple Bar.

…As an non-alcohol, non-commercial space within Temple Bar and Dublin, this enterprise is remarkable. As an open-ended, collectively run-organisation it has radical potential.

Such a framework will present problems as an inevitable function of its ambition and its pro-cultural, pro-social outlook. Correct solutions should involve the volunteers and anyone affected — shutting down the place is stupid, and it is hypocritical. Heroin users have been known to discard their needles in the gardens of the Civic Offices; must the premises be closed or the workers there blamed for this, and the related issues behind it?

The notion that ”residents, local business people, gardaí and councillors” convened a meeting to discuss ”antisocial behaviour” in Temple Bar, of all places, and came to the startling conclusion that in a quarter known europe-wide for binge drinking and every kind of chaos that follows that, the solution was to close a tiny arts collective, is completely risible.

The fact that Ray Yeates, now ”Chief Executive” of the ”Cultural Trust” of Temple Bar (though he sounds he should be in charge of a wholly commerical as opposed to cultural entity) was unable to substantiate what was meant by the “Antisocial” claims verifies the conclusion, in my view, that the deeper reasoning is simply prejudice and rigidity.

Even if the centre remains open, or closes and reopens, the attitude is telling: as the Irish Times observes, it is likely the start of a trend; as property jumps in value again, culture and youth are given their notice of eviction. The explanation that three months of ”reflection” should ensue once Exchange is shut is as bizzare as it is patronising.

Rather, we should open a dozen more like it in Dublin at once, and one in every town in the country. Apart from shop or drink, what is there to do in our urban centres? With its screenings, workshops, exhibitions and seminars, its academics and artists, this little place had a hundred answers to that question.

The Taoiseach has rightly commented on the need to provide reasons for us to stay. Stay and be patronised? Stay in Ireland the gerontocracy, Ireland the socially conservative but totally commercialised tax enclave, in Ireland the plutocracy?

No-one should be surprised by the continuing negative thinking of many of our brightest young people. Many have left already. Such an approach, and a thousand other small examples, will lead many more to decline the offer to remain.