From top: Theresa May; Derek Mooney

At around 4pm (Irish time) today, British and EU negotiators will meet again in Brussels for the latest round of Brexit talks.

The first item on this week’s agenda, we are told, will be Britain’s exit bill, with the Brits expected to set out their thinking behind how they will for calculating how much is owed to the EU when Britain leaves.

The teams with then go on, over the following days, to discuss the two other key issues which need to be resolved during this first phase of talks: citizens’ rights and ensuring the Northern Ireland peace process is not jeopardised.

While the EU (by which I mean “we”) set out its position on the British financial settlement back in May, British ministers have been extremely reluctant to attempt to put a figure on it.

While some, like Boris Johnson, have huffed and puffed about making the EU go whistle for it, the UK’s Brexit Minister, David Davis, has sufficient political nous to see that putting a realistic figure on the divorce settlement will just throw raw meat to the Tory right, who imagine they can use their debt as a bargaining chip for better terms for the future relationship.

How the British government manoeuvres its way through this round of crucial talks will be an important indicator of its future plans. The hope is that the British with arrive with a specific set of proposals for calculating the bill. The expectation is that they won’t – it is an expectation informed by past performance.

Up to now the British have attempted to keep things as vague, even confused, as possible. Their recent position papers have been aspirational at best, and contradictory at worst: a matter I addressed in last week’s Broadsheet column when I opined that Britain’s road to Brexit was: “paved with bad intentions“.

That is not to say, however, that the British negotiators strategy is merely disruptive. While their strategy may be confused and their tactics appear erratic, it would be foolish to imagine that the British, at least at a political level, do not have a game-plan – even if it is not a realistic one.

Look back at the recent series of position papers and it is just possible to discern the shape and outline of the post Brexit arrangement that the British – though it may be more correct to say, the Tories – desire.

While they obviously see the UK as being outside the Single market and the Customs Union, it is not just that they will be ‘outside’ EU institutions such as the European Court of Justice and the EU Commission, the EU Council and Parliament, they believe that they will be out from being ‘underneath’ them.

They see themselves post Brexit as not merely leaving a partnership with others, but rather as breaking free from being under an EU bureaucracy which they monstrously and wrongly caricature as entirely undemocratic.

But, as you read their position papers you see that while they see themselves as being out from underneath these institutions, they still see the need to have workable post Brexit relationships with them.

They want out from the Customs Union, but they still want a customs and border free relationship with the EU. They want to be out from under EU Data rules, but want to have a British seat at the EU data protection committee table even after they leave. The list goes on.

Add all these contradictions, aspirations and demands together and you reach a simple conclusion: the Tories want a new arrangement where the UK is the equal of the rest of EU 27-member states put together.

The Tories ideal post Brexit outcome is an open marriage between the UK groom, presumably in Edwardian frock coat and top hat, and a not so virginal EU27 bride, dressed in a blue and gold. They want it to be an open marriage so the groom can have a few external relationships with former conquests such as India and Malaysia.

This generation of post Major Tories have never ben happy with the UK as just a part of the EU, they see the UK, at the very least, as being the equal of it.

Moving from an EU with 28-member states working in partnership into an umbrella union, of their own design, which comprises two partners: the UK on one side and the entire EU27 on the other, suits the public school, the sun never sets on the British empire mindset of those now running the Tory party.

It is their answer to the question, what is Great Britain’s role in the modern globalised world. This is a question that the British have struggled to answer since the end of WWII, one witheringly posed by the former US Secretary of State, Dean Acheson, who observed in 1962 that: “Great Britain has lost an empire and has not yet found a role”.

The problem for the Tories is that this answer is unacceptable to the rest of us.

Churchill, Heath, Major Blair, and even Thatcher had seen Britain’s role as an important leader in the EU. Thatcher had initially sought to bend the shape and composition of the EU to suit this role insisting that it expansion should be wider, including form eastern bloc countries, rather than deeper, but the legacy of the Tory party post Major has been a failure to grasp that the EU was the platform from which the UK continued to be an important player, not the obstacle to it.

If my analysis is correct, then this can only end badly for the Tories and, sadly, the UK. The one slight point of consolation as Micheál Martin pointed out overnight is the British Labour Party’s decision to commit itself to continued UK membership of the EU single market and customs union during a transition period from March 2019 onwards.

A hard Brexit that will hurt us economically, socially and politically may still be most likely outcome, but it is not yet inevitable.

The next few weeks will be telling. 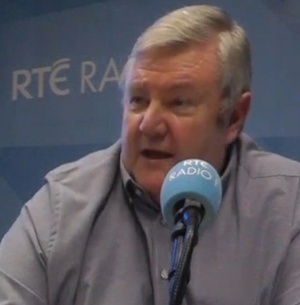 5 thoughts on “What Britain Wants…”