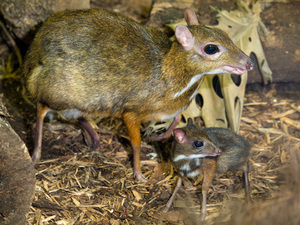 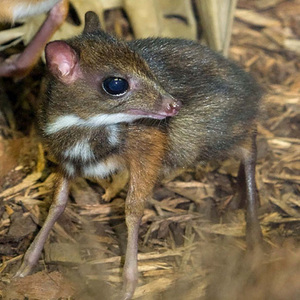 A two-month old Lesser Malay Mouse Deer (officially the world’s smallest deer with a rodent in its name) was born this summer at Paignton Zoo in Devon.

He’ll eventually grow to a maximum length of 55cm. Which is small, but not so small that if he scuttled out from behind a packet of Frosties while you were filling the kettle late one night you wouldn’t literally shit yourself.

Wee Stain Out Of Shot