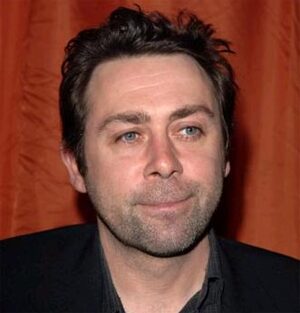 1. Sara Pascoe: “Why did the chicken commit suicide? To get to the other side.”

2. Sean Hughes (above): “You know city-centre beat officers… Well are they police who rap?”

3. Gyles Brandreth: “I’ve got nothing against lesbians. I mean, that’s the point isn’t it?”

4. Doc Brown: “I was born into the music industry. My dad worked in Our Price.”

5. John Luke Roberts: “I made a Battenberg where the two colours ran alongside each other. I called it apartheid sponge.”

6. Sarah Millican: “I bought a cross-trainer to keep fit. I suppose that it’s not enough to just buy it.”

7. Bec Hill: “Some of my best friends are vegan. They were going to come today but they didn’t have the energy to climb up the stairs.”

8. Dan Antopolski: “How many Spaniards does it take to change a lightbulb? Juan.”

9. Andi Osho: “Floella Benjamin is in the House of Lords. How did she get in, through the round window?”

9. Gareth Richards: “My mother is always taking photographs of me – she said if you disappear tomorrow I want you to look good on the news.”

10. Emo Philips: “I like to play chess with bald men in the park although it’s hard to find 32 of them.”

The Laughs Haven’t All Gone Away You Know