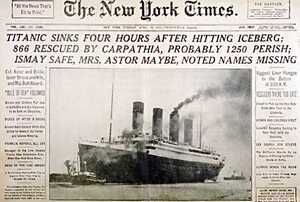 Can one bank (that’d be Anglo) bring down Ireland? Asks the paper this morning.

And, because they don’t know, they ask: how could this have even been possible?

“Ireland was also the country that took the most direct route in tackling the problem [Banking colapse], by recognizing upfront the bad loans of its devastated banks and transferring them to government ledgers.

“Both the United States and Britain avoided such a move by taking stakes in their troubled banks and, in the case of Britain, insuring their worst-performing loans. Now the Irish government’s strategy is being called into question as its credit rating suffers and its borrowing costs resume their upward trajectory.”

Thank heavens nobody outside of New York reads the New York Times. It’s basically a local paper. Like the Evening Echo in Cork. If it had won 104 Pulitzer Prizes.