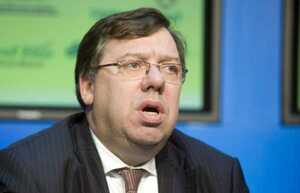 According to The Sun, Brian Cowen had a drinking session in July lasting 12 and a half hours. Here are the details

Where? Keane’s Pub and the Mount Falcon Hotel and Country Lodge, Ballina, Co Mayo (above).

When? July after the opening of a medical practice in Belmullet.

Alone? He started drinking at 4.30pm in Keane’s with Dara Calleary, Fianna Fail junior minister, and went on to a private room in the hotel with some “cronies”. Before retiring at 5am.

Did he sing? Yes

Shirt unbuttoned? To just above his belly.

Cigarettes? Smoked inside all night. Eventually he was “asked” to stop.

Did he go to bed unaided? Two members* of staff had to “link him with both arms to lift him up the stairs to his room”.

Was that difficult? “He’s a big man…hard to lift.”.

That room More of a suite. In fact this suite. 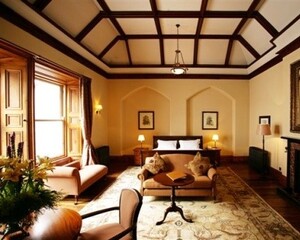 Did he have any interviews the next day? A source told The Sun:“I saw him on the telly the next day and I thought ‘Jesus the state of you the night before’.”

Sun Headline? ‘He Was Out Of His Brian’

Does Cowen have any other connection with the Mount Falcon? One of the hotel’s bickering investors is Enda Hunston, Cowen’s one-time ‘property advisor’.

Oh? He advised Cowen (when Finance Minister) to invest €300,000 in an ill-fated student apartment block in Leeds. The €12.1 million deal (funded by AIB) was orchestrated by Hunston’s company, Carr Mills Propert Development Limited.

Not a great advisor then. Well he once persuaded an Irish nurse to spend her €60,000 inheritance on a couple of aparments in Darlington.

Made himself and the owner a packet I guess? He was also the owner.

Did the nurse know this? No

All fairly irrelevant but quite interesting. thank you You’re most welcome

* Some are saying it took four people. (see comments)