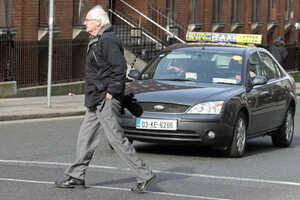 For John Gormley, accountability means getting a “grilling”. When Richard Crowley suggested in another radio interview that no one would be held accountable for the staggering waste of public money revealed in the Comptroller and Auditor General’s latest report the Minister firmly rebutted such an ill-informed and cynical suggestion: “You’re wrong there, people are held accountable, officials have to come before the Public Accounts Committee where they get a grilling”. I must say that if I knocked down a little old lady while driving under the influence, I’d be very happy to get away with just a grilling from gardaí.

‘Living In A Society Where No One Carries The Can’, Eddie Doyle (Irish Times)