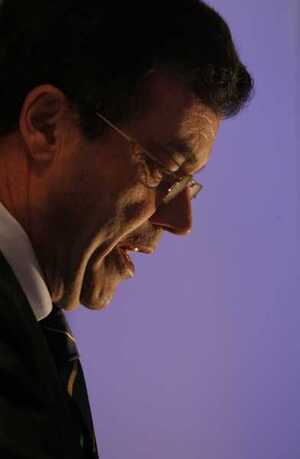 “Brian Lenihan, Ireland’s finance minister, told the Financial Times while on a roadshow in New York that he still opposed senior debtholders having to accept any losses as part of the €50bn (£43.7bn) bail-out announced two weeks ago . But if Anglo Irish Bank and Irish Nationwide building society wanted to enter into “amicable discussions” with senior debtholders he would back the talks.”