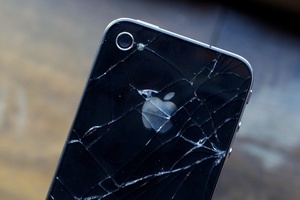 It was always too good to be true.

if somebody puts a slider case on their iPhone 4, there’s a possibility the next time they pull the phone out of the case, the back is totally busted.

The potential issue’s dire enough that Apple has blocked all third-party cases from Apple Stores until this week, even ones certified “made for iPhone.” The engineering team has built a lab and test program just to examine this problem.

Pulling cases from the shelves screws manufacturers who designed and built slide-on cases, and who pay Apple a cut—long rumored to be 10-15 percent—to get the Made for iPhone badge, which allows the cases to be sold in Apple Stores (a hotly desired retail channel, for obvious reasons). 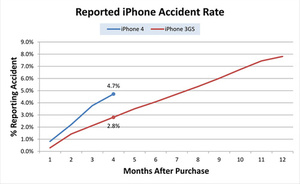 The cases are now “all but dead in the water,” and it’s possible they might not see their product back in Apple Stores at all. Apple’s not telling the manufacturers when or if it’ll happen. In the meantime, slide-on cases are still sold elsewhere, and people are still buying them, meaning we could be seeing a lot of cracked iPhone 4s.