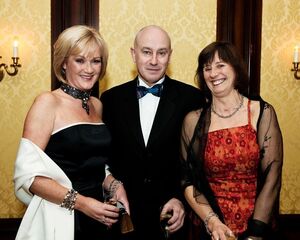 But who is he really?

You mean, apart from being a very naughty boy, the dumbest guy in the room  and quite the dandy?

Tiernan O’Mahoney was the former Anglo Irish Bank chief operations officer. When he lost out to David Drumm for the top job in 2005 he left Anglo to found a new company, called International Securities Trading Corporation (ISTC).

“There is only one objective of International Securities Trading and that is to make money’‘, said O’Mahoney. “This is unashamed capitalism. There is no debating the issue. This is about making money. When John Teeling taught me in college he used to say, ‘make money’. I still live by that principle, We’ll do €3 billion to €4 billion over the next few years.”

The cash lost in the investment disaster that is Dublin specialist lender International Securities Trading Corporation (ISTC) is unprecedented on an Irish scale – it’s the largest ever Irish corporate cash loss. International banks, bondholders and investors have been left nursing losses of €820 million.