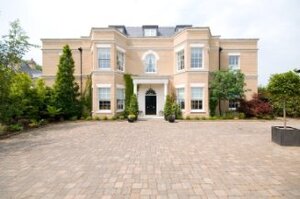 They can’t help it. They were just born slippy.

No, 20, Abington, Malahide (above) was first registered in both names – David and Lorraine Drumm – in 2003.

It was transferred from the couple’s names on May 13th, 2009, into the sole name of Lorraine Drumm as ‘full owner’ c/o the Dublin offices of solicitor Noel Smyth.

Now, Anglo Irish Bank has been granted an injunction against Lorraine preventing her from transferring half the property BACK into Mr Drumm’s name

The bank told the court it feared this was being done to put the house beyond the reach of creditors.