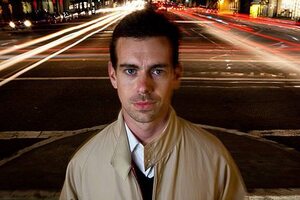 Jack Dorsey, Twitter co-founder, is in town this weekend for the Dublin Web Summit (we’re calling it Nerdstock). He spoke to the Irish Independent‘s Ed Power:

“It [Ireland] is generally seen as a place where exciting things are happening. What I know is that a lot of companies are looking at Ireland not for their back office functions but for a very focused research area. It is more focused around innovation and new ideas, as a centre to bring in a large European conversation.”

Dorsey has strong opinions as to why the US — in particularly the San Francisco-Silicon Valley area — is an internet hotbed even as, for all our investment in the so-called ‘knowledge economy’, Ireland lags behind. In America, he says, it’s okay to fail.

“One of the strengths of the culture in America is that people are happy to take risks and make mistakes and learn from them. I have friends in Paris and Italy. I don’t think there is a culture of allowing for mistakes in Europe as much as there is in the US, where you can actually fall down and get back up and have another success. I don’t think that’s as tolerated outside the US.”