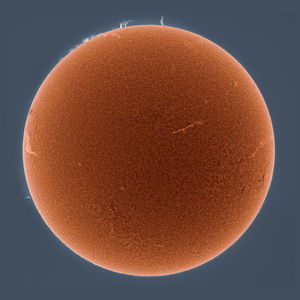 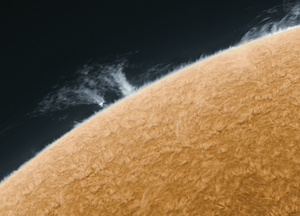 ‘This phenomenal picture (and close up) was taken by astrophotographer Alan Friedman on October 20th….You can see sunspots, giant convection cells, and the gas that follows magnetic loops piercing the Sun’s surface.

The (second pic) shows prominences leaping up off the edge and silhouetted against the sky. They look so delicate, probably because they make the Sun look fuzzy, like a comfy blanket… but have no doubts on the fury and scale of what you’re seeing here. See that little bright spot on the plume on the left, just above the Sun’s edge?

That spot is the same size as the Earth.’ 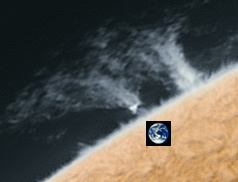 Professor Brian M Lucey Is Onto Us