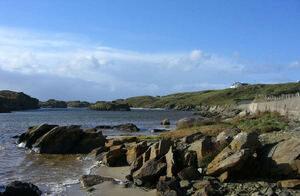 Donegal South-West’s profile is similar to the rest of the country. However, there are a few notable differences:

2) Overall, the time spent in education and the education level achieved by the Donegal South-West population is significantly below that of the national population.

5) People in Donegal South-West are less likely to be at work than the national average. The employment rate for men is particularly low (20 per cent).

7) Mary Coughlan topped the poll here, like her father and uncle before her.