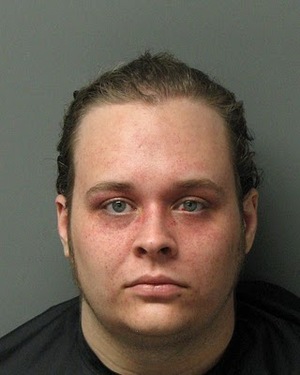 Don’t worry, the cops dealt with him:

Smith evaded arrest by jumping off the victim’s bed in an attempt to kick the deputies.

Pepper spray was deployed, however it was ineffective as well, since Smith continued to kick at deputies and evade arrest. Deputies then struck Smith several times with a baton, however Smith retaliated by attempting to bite one of the deputies.