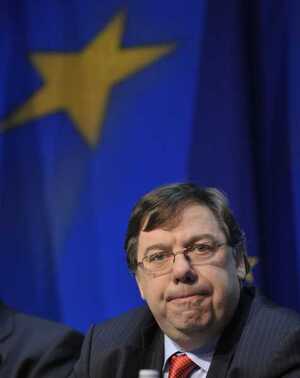 Answer: Because Iceland had legislators with two bollocks to rub together.

“The difference is that in Iceland we allowed the banks to fail,” Olafur R. Grimsson (Icelandic Premier) said in an interview with Bloomberg Television’s Mark Barton. “These were private banks and we didn’t pump money into them in order to keep them going; the state did not shoulder the responsibility of the failed private banks.”

The Taoiseach has rejected comparisons between Ireland and Iceland made at the Davos economic forum in Switzerland. The European Commission president Jose Manual Barroso made the comparison when talking about how the euro had acted as an important shield for some countries during the economic crisis. However Brian Cowen says the comparison is not accurate given the fact that Ireland has seen 12 or 13 excellent financial years. He also said he would not accept any “bad mouthing of Ireland” and was in Davos to fight for every job.