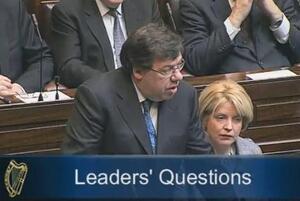 Speaking during Leaders’ Questions in the Dáil today, Mr Cowen said an additional discretionary bonus system had been in place in the banks, which amounted to a “large addition” to basic pay.