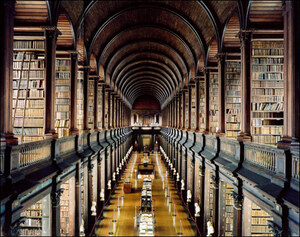 Well they will once they hear Fianna Fail public relations person Jackie Gallagher, has been chosen to join the board of Trinity College.

He was appointed by Mary Coughlan*. Double Huzzah.

TCD needs a bizarre political appointment in the dying days of this administration like Jackie’s.

Too long the so-called University has rested on its laurels and its academic achievements.

But let’s face it. It’s no Michael Smurfit Business school. And why isn’t it??

Trinity needs a man to raze the cobblestones and market the shit out of the Book of Kells.

Jackie, even though he has a girl’s name, is that man.

* The Minister can make three appointments to the board.