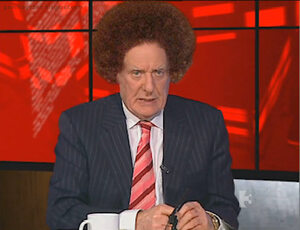 At a glittering ceremony in Ballymount Industrial Estate last night, Vincent Browne handed out his annual Vinnie awards. The Vinnies are generally regarded – in the media – as the awards that are given to journalists by Vincent Browne on TV3 every year.

It was an emotional night for hard-bitten, no-nonsense hardman editor, Ger Colleran.
He took home the best newspaper award for the Daily Star and cried like a little girl.

A visibly unmoved Vincent Browne stared at Colleran and his panel of winners and sighed. It was that kind of night.

Many went to the nearby Red Cow Inn  and partied until around 8.30pm (as the show had been pre-recorded in the afternoon).

Here’s to next year, say we.

Best Story: Dave McDreamy
For correctly predicting everything is shit.

Best Newspaper: The Daily Star.
For the splash: “They Deserve to Have Their Balls Chopped Off And Fed To Larry Murphy’s Raped Dog”.