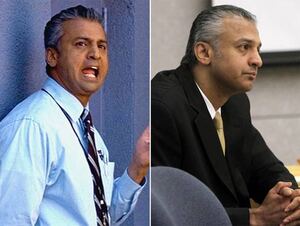 Last Thursday, actor Shelley Malil, who appeared (as Haziz) in the film “40-Year-Old Virgin” was sentenced to life in prison with the possibility of parole for stabbing his ex-girlfriend more than 20 times. Three months ago, a jury convicted him of attempted premeditated murder and assault with a deadly weapon.