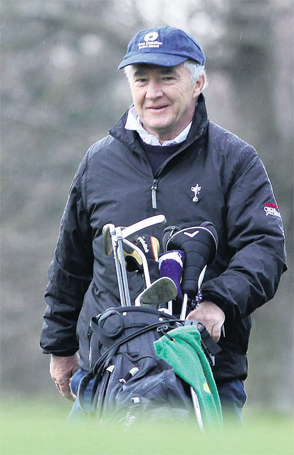 BAIL-OUT: Picture a hole where the approach to the green is across water. Better players might play straight at the green, flying the hazard. But a weaker player probably won’t be able to pull off the shot. So the course designer builds into the hole an extension of the fairway short of the green, to the side of the water hazard, so that weaker players have a safer shot to attempt. That’s a bail-out.