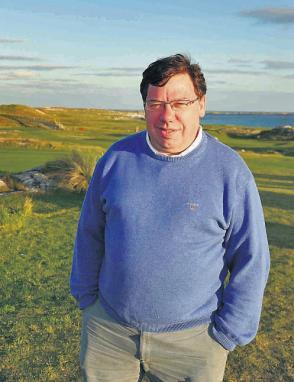 The fifth US Ireland Alliance golf challenge took place at the K Club in May 2005.

The Irish team included the following:

Laurence Crowley, Governor of the Bank of Ireland.

You’ll be delighted to hear that they beat their American opponents.