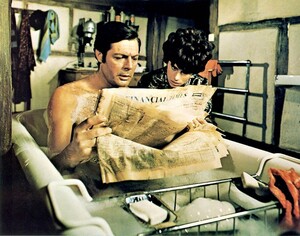 “Brian Cowen, the prime minister, was forced into calling early elections on Thursday, to resign as party leader on Saturday, all after winning a confidence vote from his parliamentary party on Tuesday. His discredited leadership had been challenged after undisclosed meetings with Sean FitzPatrick, the banker at the heart of the financial crisis, came to light. What followed was utterly cynical.

Six members of the cabinet resigned and Mr Cowen tried to give an electoral leg-up to lesser-known Fianna Fáil MPs with scattergun offers of ministerial portfolios. This reshuffle – and eventually the government itself – was scuttled by the party’s Green coalition partners, leaving Fianna Fáil in meltdown and mutiny.

These factional antics, as Ireland faces arguably the worst crisis in its history as an independent nation, could turn the expected Fianna Fáil rout at the polls into electoral annihilation.

That may be richly deserved. This is, after all, the party that through its cronyism and incompetence artificially prolonged the boom of the 1990s into the credit and property bubble of the past decade, and then gave a blanket guarantee to its banker friends that has ended in the humiliation of Ireland becoming a ward of the European Central Bank and the International Monetary Fund.”

No FT link as it operates paywall.