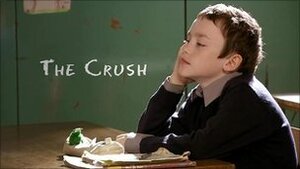 Ardal (Oran Creagh) challenges his teacher’s boyfriend (Rory Keenan) to a dual in ‘The Crush’, a 15-minute short filmed in Skerries, and one of five films nominated for the best live action short film in  the 2011 Acadamy Awards.

It’s Written and directed by Belfast-born Michael Creagh. So, it’s technically made by someone from Northern Ireland but, you know, wevs.