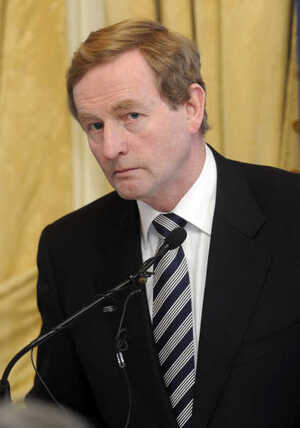 Mr Kenny said Mr Martin was in “no position to dictate the trend of the general election” and his first act as Fianna Fáil leader was to seek to exclude other party leaders, even those who had passed them in the polls – a reference to Sinn Féin’s Gerry Adams.

Speaking this morning the Fine Gael leader said he was happy to partake in a five-way televised debate with the leaders of all the political parties, in either English or Irish.

“There is no Taoiseach contesting this election. If we are going to debate the issues, all the leaders are going to be involved,” he said.