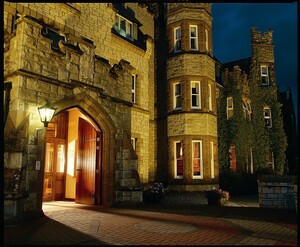 The Guardian has learned that the National Asset Management Agency, the toxic bank set up to cleanse the banks of all property and land loans, has a plan of action for non-performing hotels. It is going to close them down and board them up.

It will mean another blot on the landscape in rural Ireland where hotels – often poorly designed – cropped up like a rash in towns previously not associated with tourism.

NAMA is responsible for the loans on 82 hotels in Ireland and 35 in the UK, many of them developer-led.

There was speculation that hotels could be turned into retirement or nursing homes. Sources say that NAMA has now concluded this is not possible. “Hotel corridors aren’t wide enough and there are enough nursing homes in the market.”

“They will heat them, insure them and bring in security to guard the buildings,” said the source. “They will mothball them, close the hotel but secure it. NAMA don’t have the expertise to run hotels.”