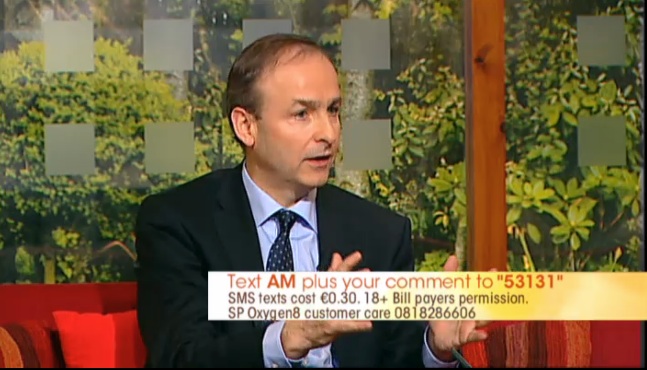 He was expecting a light interview on the sofa.

What Michael Martin got this morning, however, was a comprehensive and pretty extraordinary basting by Ireland AM’s Sinead Desmond and Mark Cagney. 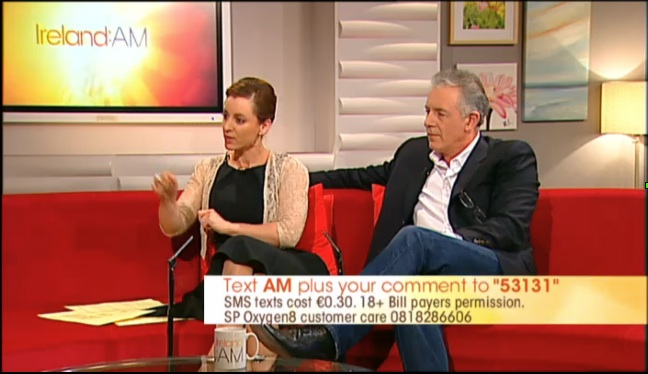 Sinead Desmond: “You’re representing a new Fianna Fail, but then I was thinking about two things from your past.  One of them being a – totally legitimate – donation by Owen O’Callaghan that found its way into your wife’s Dublin bank account. That seemed strange to me and had a sniff of the old Fianna Fail.

“And the second thing, in the Mahon Tribunal you were asked if you ever brought Owen O’Callaghan to meet Bertie Ahern and you said no that you would have remembered if such a thing happened. And then you were shown Mr Ahern’s ministerial diary which seemed to recollect a meeting between yourself, Bertie Ahern and Owen O’Callaghan but you said you couldn’t recall it. I’ll give you a chance to explain but both of those incidents smell of the old Fianna Fail that put ourselves in the position we find ourselves in.”

Michael Martin: “I think that’s very unfair because I gave a very comprehensive account to the Tribunal on this…You’ve picked out two things…I gave a very comprehensive account and documentary evidence to the effect in terms of that donation that the money was spent on the party’s electoral operation in that local election. We showed the receipts – we didn’t have the full receipts, but we showed the receipts also the money left very quickly in the month around the General Election itself so every political party got donations at that time and they didn’t have to declare them.

Sinead Desmond: “But it ended up in your wife’s bank account?”

Martin: “Yeah (laughs) but when it’s taken out like that in full isolation like that it creates an innuendo and it creates an issue when there was none and in fact all I was ever was asked and every TD was asked at the time was for a list of donations that they received from that gentleman (O’Callaghan).”

‘Every Irish Person In Britain Knows The Little Nod, The Little Wink’