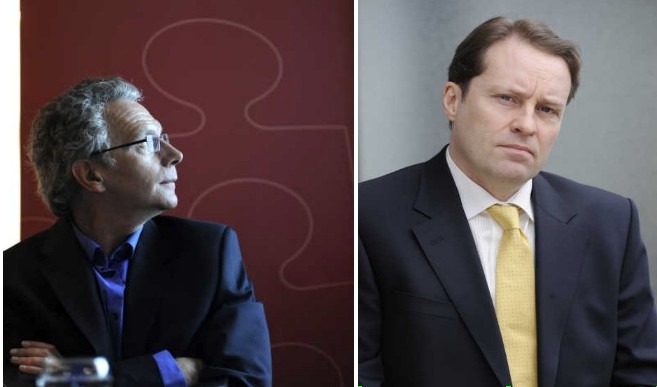 You’ll remember Fintan O’Toole’s coruscating review of God of Carnage at the Gate.

It was so uncharacteristically foul-tempered it was as if its author had recently been publicly humiliated and needed to vent. About anything.

And you might recall the subsequent letter to the Irish Times from cast member Ardal O’Hanlon.

A letter which surprisingly contained no humour and, in its vituperation, positively out-Fintaned Fintan.

This, as night follows day, provoked Fintan to Tweet:

And there was more:

Broadsheet went along to the Gate to see what all the fuss was about. We had a rollicking night. One character did ring a bell. A ferocious politically correct bore.

The type of man who would cancel a revolution because he couldn’t find a childminder.

As Nat remarked after the first act: “Now, that’s what I call Swiftian.”

Previously: Fintan Gets His Ass Handed To Him By Ardal