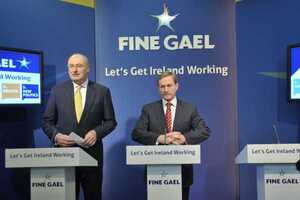 What a week for Phil Hogan! Enda Kenny’s right-hand man is a dead-cert to retain his seat in Carlow-Kilkenny, and is likely to be the next Minister for the Environment, Heritage and Local Government.

It’s a powerful gig, all the more so in the context of Hogan’s announcement earlier this month that he intends to shut down the Moriarty Tribunal when Fine Gael gets into government.

As older readers will recall, Big Phil was actually a witness at the Moriarty Tribunal back in 2003, when he denied meeting Denis O’Brien at a meeting in a Dublin restaurant in October 1995. 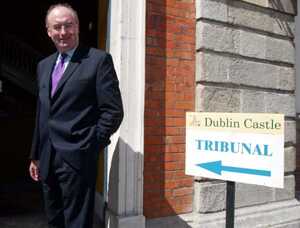 That evidence was contradicted by party colleague Mark Fitzgerald – son of Garret the Good – who claimed not only that O’Brien was present, but that the businessman asked about the second mobile phone competition at that meeting.

Broadsheet wonders if it is appropriate that a witness to the Moriarty Tribunal should be in a position to close it down.

And we have a modest request, on behalf of our older readers:

Before he accepts a Ministerial appointment, will Mr Hogan confirm to the Dáil the extent, if any, of his relationship – either professional or personal – with Denis O’Brien?