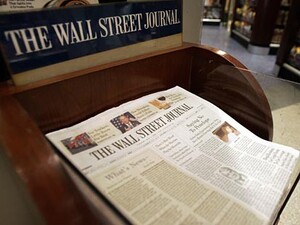 And while demographic data on emigrants is scarce, many of those leaving are believed to be well-educated professionals—precisely the people Ireland needs to lead a recovery. “In a modern, knowledge-based economy, dense, diverse cities full of highly-skilled people are a critical competitive advantage,” says Mr. McHale. “If the most enterprising people leave, you undermine that advantage.”

Ireland’s loss is others’ gain, and global demand for Irish workers has increased dramatically. “We’ve had more inquiries over the last six weeks from companies targeting Irish people than we’ve ever had before,” says Stephen McLarnon, head of SGMC Media Group in Dublin, which organizes exhibitions for those wanting to work abroad. Mr. McLarnon says two-thirds of his current applicants have college degrees. Booths at SGMC’s next exhibition have been snapped up by federal and state governments in Australia, New Zealand and Canada.