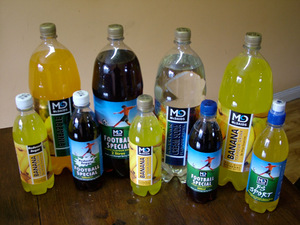 A SOFT drink made from a secret recipe that has been enjoyed for over 50 years by a select few is about to be launched nationwide.

Outside of north Donegal, few people have even heard of McDaid’s Football Special, a cola-style frothy drink which is synonymous with Ramelton, the small heritage town where it is made.

“It is a strange product in many senses. Whatever it is about it, it seems to hit a memory button and conjure up pleasant memories of childhood, even with people who haven’t tasted it before,” he explained.

“The fruit syrup flavours that are used are all fairly common and shouldn’t belong together but they do,” he said.

Baby Boom Friday! What About The Terror Babies?