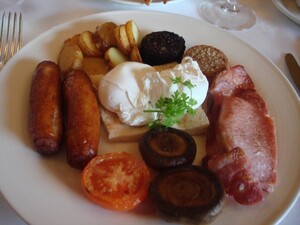 “Food contaminated with teeth, zips and washers were among thousands of complaints dealt with by the Food Safety Authority of Ireland (FSAI) last year.

According to its annual report for 2010 nearly 11,000 queries and complaints were handled by the FSAI advice line last year. One in four those calls related to consumers reporting issues concerning food and food establishments – an increase of over 7 per cent on the previous year.

The FSAI said contamination with foreign objects was frequently reported and specific incidents included a live beetle found in a bag of Caesar salad, a moth in a Madeira cake, a washer ring in a bowl of soup, and a zip in a black pudding.

Needles, safety pins, stones and both live and dead insects were also reported to have been found in food.”

Why YOU Need To Bank With Metro Bank